The 1972 Gibson Firebird medallion limited edition is one of the great Gibson guitars from the 1970ties. It is an accurate reissue of the original reverse Gibson Firebird V manufactured from Spring 1963 till mid 1965.

“Again, we were looking for something not quite as wild as the Flying V and the Explorer, but a little bit different because again, we needed something to compete against Fender.”

The look of the Gibson Firebird is very unique, like a more rounded Gibson Explorer shape or an enlarged and flipped over Fender Jazzmaster. Also the construction with the middle piece of the body and the neck made from long pieces of laminated wood is only used on this guitar type.

“That was designed by Ray Dietrich at our request and we paid Ray a commission as an artist. He was very famous automobile designer…he designed the bodies for Duesenberg and he came up with this particular shape.”

The original Gibson Firebird was built in several versions (I,III,V and VII) which differ in the number of pickups, the fretboard material and inlays and the tailpiece. The model was generally equipped with a special type of mini humbucking pickups, except some late transition models which were equipped with single coil P-90 pickups. The short lived model was in 1965 substituted by the non-reverse Firebird. The decision for this change may be a combination of lack of success (approximately 4000 reverse Firebird were produced) and a dispute with Fender about a similar body design to the Fender Jazzmaster/Jaguar. Funny that the non-reverse Firebird looks even more like a Jazzmaster. 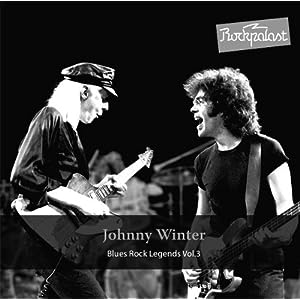 What really caught my attention on Gibson Firebird’s was the playing of Johnny Winter in the late 70ties and early 80ties. At this time it was not easy to get a Firebird or Firebird-Style guitar because they weren’t produced anymore (by the way to play like Johnny Winter is also not an easy task…). The opportunities were to buy an original reverse model, a 1972 medallion reissue or a 1976 Bicentennial reissue (or a Ibanez reissue). At that time a Firebird was rare and expensive (f.e. a fender strat 63 was approximately 2.500 DM and a Firebird III from 1964 was 4.000 DM). Though my first Firebird was a nice 1976 Bicentennial reissue, followed by 1963 Firebird III in completely rocked condition and last but not least the 1972 Gibson Firebird medallion.

366 of these “Medaillion Firebirds” were built around 1972 with the features of an original Firebird V:

From the playing point a reverse Gibson Firebird is also very special – either you love or hate it:

This is my personal No.1 Firebird which took me over 10 years to find. 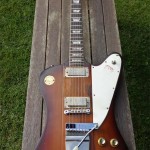 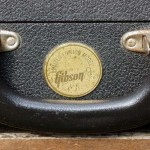 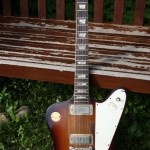 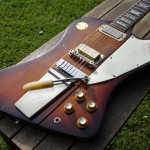 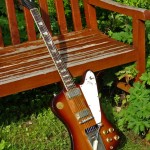 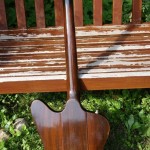 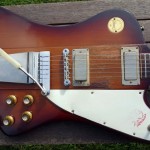 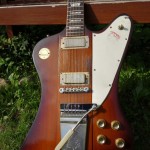 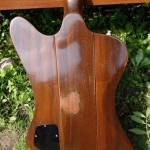 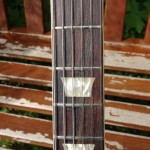 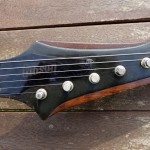 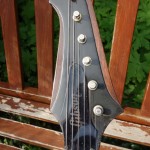 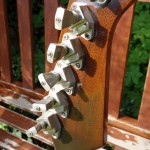 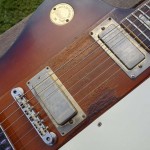 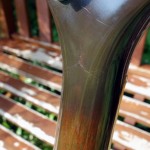 Some additional links about Gibson Firebird’s can be found here: